… but still rather warm and humid at night.

A post-lunch rest at The Diggers Club where I also met up with ex-student Doug P and his son and daughter, whom I had not met before. 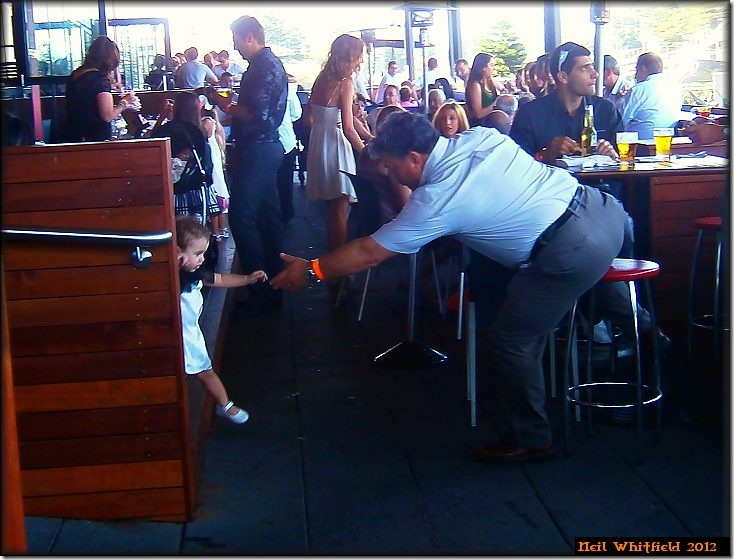 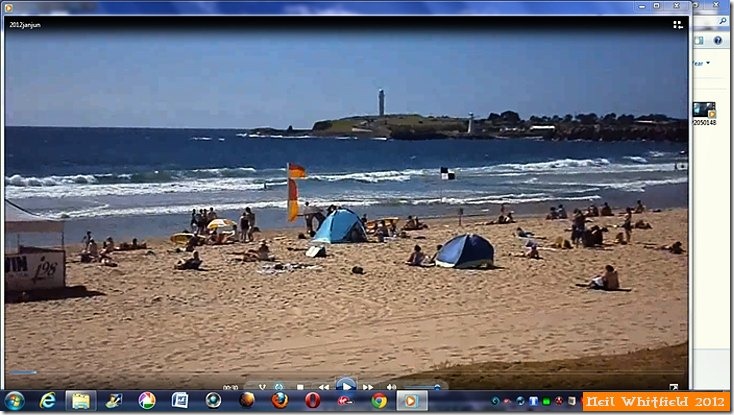 From the first sequence, 18 minutes of video clips. This still is of North Wollongong Beach.

And that may be the cover. The whole thing in three sections runs to 90 minutes. Using my raw HD footage led to a 4Gig monster which took three to four hours to “cook” one copy. Practicality has led me to back off HD and downsize to avi files. These look not too bad, even on a big screen, and the sound track doesn’t suffer.

Meanwhile, another self-portrait. BTW, I don’t appear at all in the above vid until right near the end. After all, it’s about what I have seen and heard during the year, rather than about me. The Gong looks even more fantastic and fun-filled than it really is, seeing I removed all the pics of grass growing or paint drying! And you will be pleased to know that views from my window are minimal this time…

And that is really to tell you about the book, which is one of life’s joys at the moment. More about that on Neil’s Final Decade later on.  This blog and that will stop mirroring each other now my great dvd project is done.

But on the way back from the Yum Yum Cafe this morning I couldn’t help noticing the flame trees at the back of the veterinary surgeon’s were still going strong. 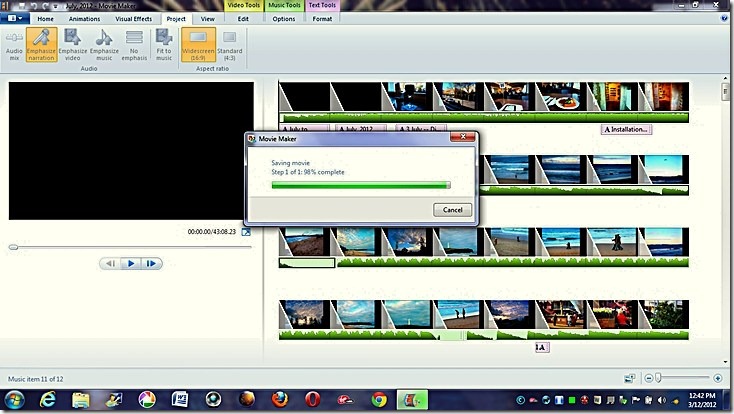 I do have a complete one at last and I think it’s really good. The above was the third section in making, covering July to the present. But the total effort is a 90 minute dvd and that is big and slow to prepare and burn. Tomorrow I get to make copies.

By October 2008 I was beginning to experiment a little, and also finding no lack of subjects around inner Sydney, Redfern and Surry Hills. THIS blog, of course, took over in November 2008. 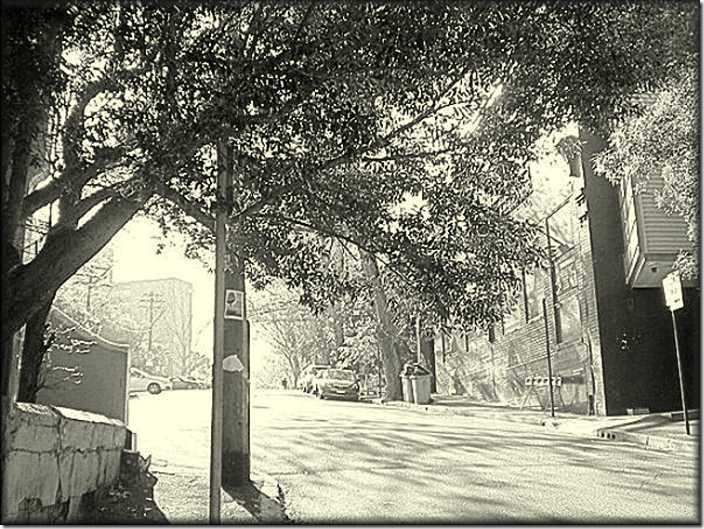 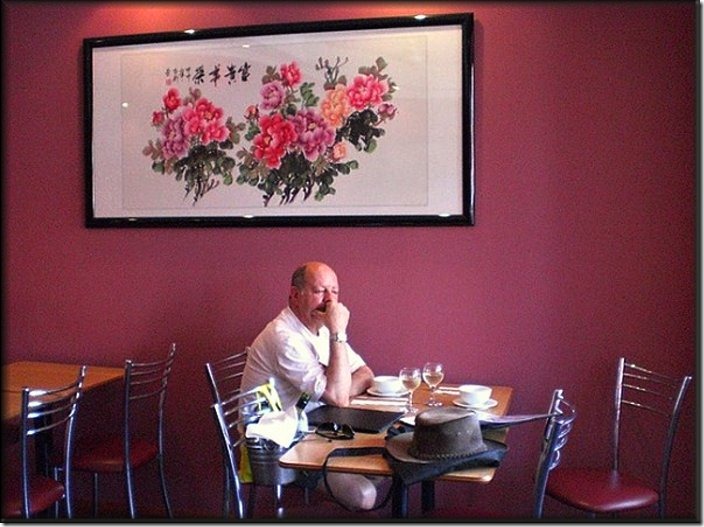 My friend Sirdan 19 October 2008: “Sirdan and I again had Sunday lunch in our very favourite Chinese restaurant” – Chinese Whisper on Crown Street, no longer there.

How can we complain? Here we are on Sunday 19 October 2008, and the weather is gorgeous, as you can see in Ward Park…

So I am taking time out to repost and embellish a little First morning in West Wollongong from 26 August 2010. See also from 2010 First from my new West Wollongong address (20 August) and Wollongong: Crown Street on Thursday: 1 (7 August). 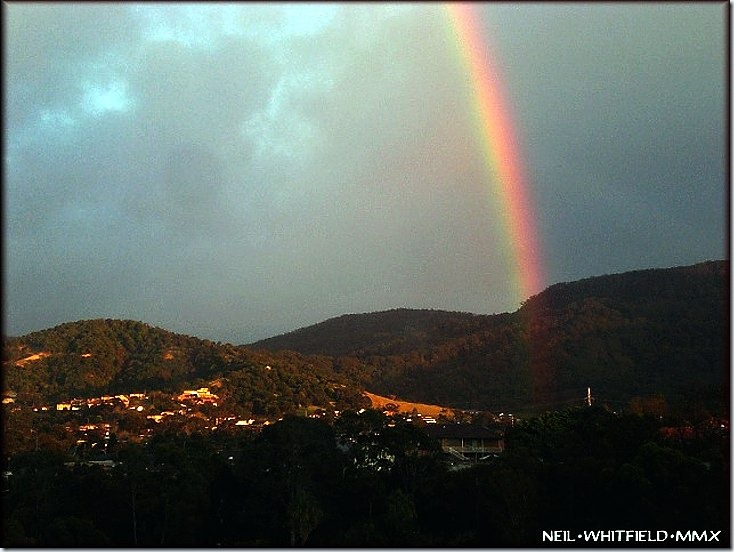 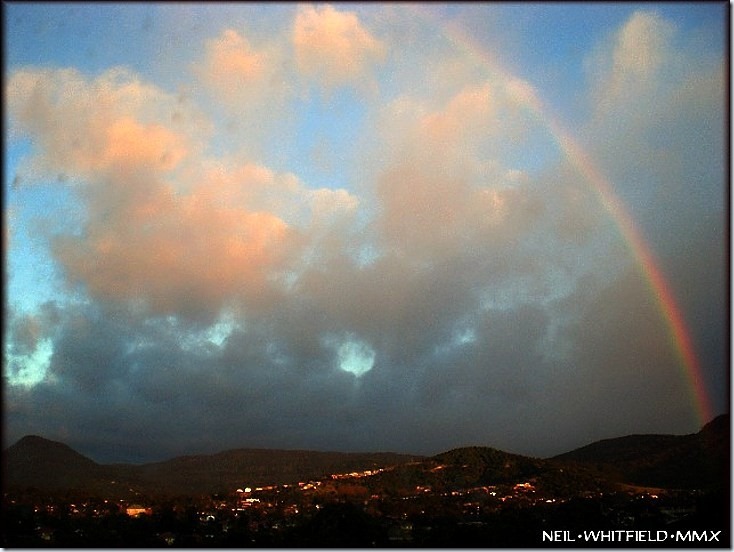